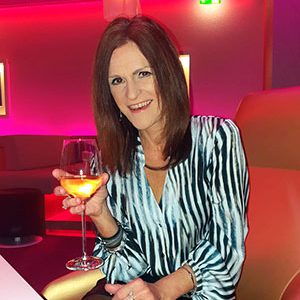 I first began studying for AAT late in January 2018. I had been researching accounting courses on the internet when I came across Accountancy Learning in Barnfield Crescent in Exeter. The reviews were excellent and after I visited them, I knew this was the place for me to begin my studies. I was assigned a tutor, Pete Freeman, who I have to say has been amazing. He is extremely knowledgeable and has helped me enormously, I cannot thank him enough for his time and patience.

I am 53 years old and have been in Banking since the age of 16. Late in December 2017 I was notified of redundancy and to be honest was a little apprehensive about my future. Although the world of finance was very familiar to me, I knew absolutely nothing about accounts. My final day at the Bank was to be 28th June and so I started the course with the intention of getting a job in accounts. At first I found it very difficult…debits and credits mean different things in the Banking world and my brain had been hard wired.

After a while however, things began to make a lot more sense. I continued to work full time at the Bank while studying in the evenings. One day at work I was approached by a customer who had a vacancy in the offices where she worked. I was really pleased to hear that the vacancy was in accounts, so I went along for an interview and got the job. My employer was really interested in the AAT studies and said that was what he was looking for. He felt it showed commitment and hoped it would help the business in the long term. I finished at the Bank in late June and started my new job on 2nd July.

I am nearly at the end of the course now, and have quite a bit of experience in accounts already. I can honestly say that Accountancy Learning has helped me to achieve such a lot and I cannot thank them enough.

Denise lives in Teignmouth, Devon and has been studying level 2 with me. When she started with me she had been working for one of the major banks for years, but had recently been told that her branch was being closed and that she would be made redundant within months. Rather than putting her head in the sand, Denise was very proactive and decided to upskill herself with an AAT qualification. While working her last months in the bank and being under some stress with the prospect of being out of work in the near future she battled through her studies. She is another success story as she managed to secure a job in accounts with a shipping company in Teignmouth. This came at almost the perfect time – around the time of her redundancy. She she moved onto her Using Accounting Software unit just at the same time she was being exposed to computerised accounting at work which was came in handy. She is now very close to taking her last exam.
Back to Star Students
Policies
Contact Us
My Account Login