When We Met… Sir Ranulph Fiennes 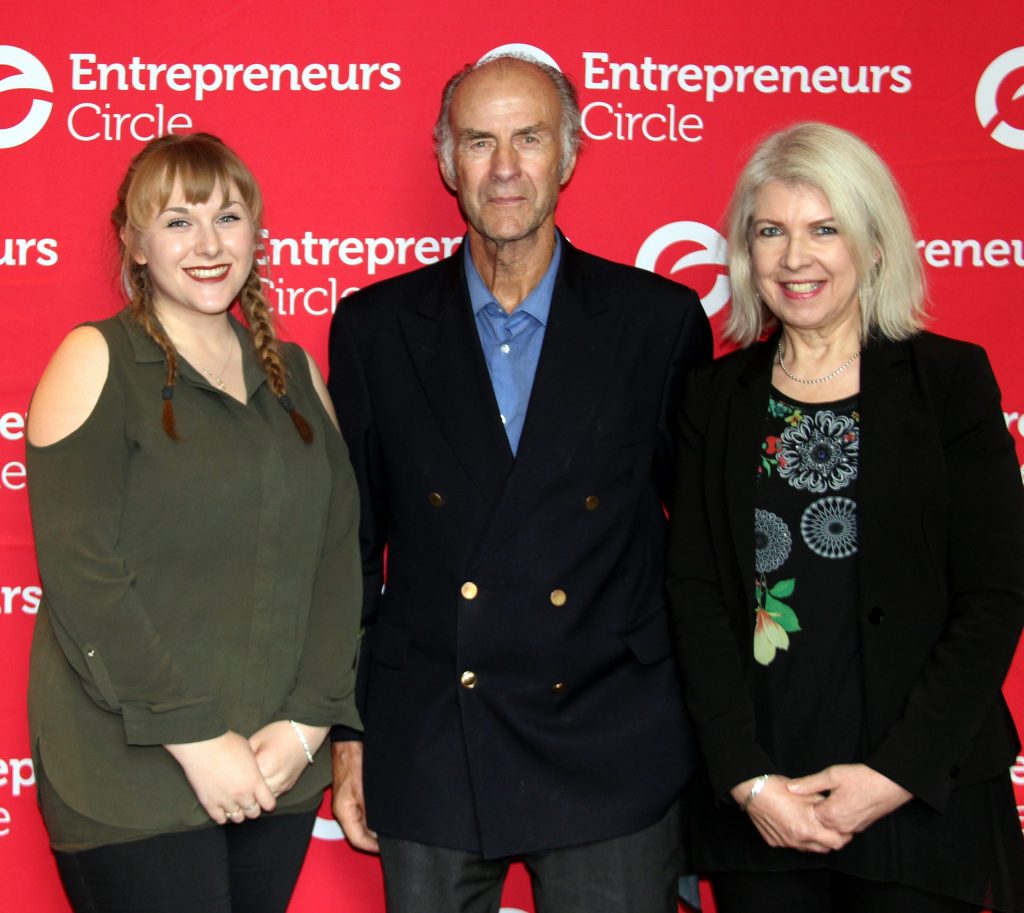 A couple of days ago, my colleague Amber and I were hugely privileged to meet Sir Ranulph Fiennes – “the world’s greatest living explorer” (according to the Guinness Book of Records).

Sir Ranulph Fiennes was ‘top of the bill’’ at an Entrepreneurs Circle event in Birmingham, so having got up at 4.30am in the morning, Amber and I set off, full of anticipation for the day ahead. After an excellent keynote speech by Nigel Botterill, the time had finally come…we were about to be treated to a fascinating talk by the great man, followed by a Q&A session and photos.

Now neither of us know much about exploration (in fact virtually nothing!), and you might not either. However, we attended the event because we wanted to learn from Sir Ranulph – what sort of person do you have to be, who do you have to become, what do you have to do, in order to achieve such extraordinary greatness?

So here’s a snapshot of what we learnt:

Born in 1944 (4 months after his father died in Italy from war wounds), Sir Ranulph (or ‘Ran’) came on stage looking as trim and fit as ever. It was a fast paced, very entertaining talk filled with anecdotes and many typically English ‘super dry’ witty comments.

Like his father, Sir Ran joined the Scots Greys regiment aged 18. He found tank exercises in the mud and pine forests south of Hamburg rather uninspiring, so he asked the regiment’s colonel if he could start training canoeing, cross-country skiing and orienteering teams to compete in army races. Permission granted, they managed to win a few trophies in addition to avoiding quite a few tank exercises. Three years later, he volunteered to join the SAS, fighting Indonesians in the Borneo jungle. When he received his SAS wings, he was the youngest captain in the British army! A few months later though, he was demoted and sent back to the Scots Greys after an old friend had persuaded him to blow up (using plastic explosives) the set of a Twentieth Century Fox film, due to it being environmentally unfriendly!

Soon after, another captain in the Greys who was serving in Arabia asked Sir Ran to join him out there “No tanks, no mud and good pay”. The Sultan of Oman’s army consisted of two old fighter planes and the navy consisted of a simple wooden dhow. Sir Ran was asked to lead a rag-tag band of 15 men along with 5 dilapidated Landrovers. Sir Ran trained them using his own methods and this started out with sacking all the ‘rotten apples’ and replacing them with good soldiers from other regiments. They trained on foot by night and day, both on gravel plains and in dense scrub 10,000 feet above sea level. There were snakes everywhere – the carpet viper’s snake-bite could leave a man brain-dead in seconds. Additionally, they had to cope with 7-inch camel spiders, poison-fanged wolf spiders, hyenas, wolves, wild cats, scorpions and ticks, the latter whose bite could paralyse or poison you. Needless to say, there were many narrow escapes. After 8 years, Sir Ran was forced to become a civilian, since army regulations stated that in order to obtain a regular commission, he needed to have passed his A-Levels, and frustratingly, this was something that he had never been able to do…

So at 26 years old, Sir Ran now needed a full-time profession – his girlfriend (later to become his wife) Ginnie decided to help. During the previous year, she had helped organise a journey up the Nile using a mini-hovercraft, so Sir Ran decided that this would be his first expedition. The expedition ended up leaving Sir Ran in debt, so he and Ginnie agreed that any future expedition would mean obtaining full sponsorship right down to the last nut and bolt. They also agreed that to be successful in their chosen line of business, they could never waste time in planning expeditions that someone had done before; they needed to go where no humans had trod before. Ginnie suggested, “why not circumnavigate the world – not the easy way, but along a line of longitude passing through both poles?” Sir Ran checked this out using a little 6-inch globe and some reference books – nobody had yet made such a journey!

With £210 in the bank, an old mini-van and a Jack Russell terrier, they decided that they would retain sole leadership of the project and would never pay anyone at any time.

After 5 years of full time work on the project, they managed to obtain the full £29 million needed to purchase the hardware (including an ice strengthened ship and a re-supply ski plane) along with £2 million worth of fuel.

The next challenge was the Foreign Office who had never given private expeditions their blessing to go to Antarctica. Only the United States Sole Pole Authority could grant permission, and this would not be considered without a request from the Foreign Office.

Eventually, 6 years after they had started harassing the Foreign Office, they finally received approval (7 years after Ginnie had come up with the original idea).

The frozen continent of Antartica is 5,500,000 square miles, nearly twice the size of Australia! Aware that the Norwegians were planning a similar trip, Sir Ran was absolutely determined to get there first, so with two fellow members (Oliver Shepard and Charles (Charlie) Burton), they set off. Oliver had to drop out part way through so Sir Ran and Charlie continued the journey together, travelling an unbelievable 35,000 miles.

To give you a flavour on the extreme cold they encountered, Sir Ran said that they lived in cardboard huts insulated to -30 degrees. Outside, it can reach -122 degrees with 166 mph gusts, The wind speeds from zero can reach 100 mph in one minute! Sir Ran and Charlie had to tow loads of 500lbs at -50 degrees . Whilst they should have been consuming 11,000 calories per day, they ended up having to live on 5,000 calories per day. They were constantly freezing cold which resulted in the most awful sores on their hands, feet, inner thighs, and in the morning, their lips would be stuck together with scabs. Unimaginable…

The 3 year journey took 1,900 sponsors with a team of 52 people, but they achieved this world breaking record – the Transglobe exploration has never been successfully repeated since.

There is far too much to cover in a single blog, but here’s a brief summary of Sir Ran’s incredible achievements:

During his talk, Sir Ran showed us some amazing slides, including some rather gruesome ones highlighting his injuries. When he had to turn back during his expedition in 2000, the surgeon told him he would have to wait for 3 months before his frostbitten fingers could be amputated. However, according to his wife Ginnie, he was getting ever more irritable due to constantly knocking his fingers against things, causing excruciating pain. He could not wait for 3 months (and neither could Ginnie!), so they went out to his garden woodshed and sawed off his fingers using a black and decker saw!!!

Through his expeditions, Sir Ran has raised over £14 million for UK charities and has written numerous best-selling books.

So what next? Now aged 74, he says that he still has plenty of things left on his bucket list, so WATCH THIS SPACE!

WOW – to say that Sir Ran received a well deserved standing ovation at the end of his talk was an understatement; we’d have carried on clapping for as long as he stood there. 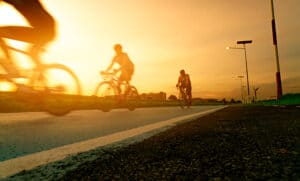 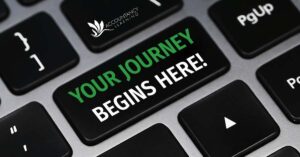 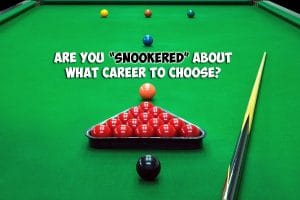